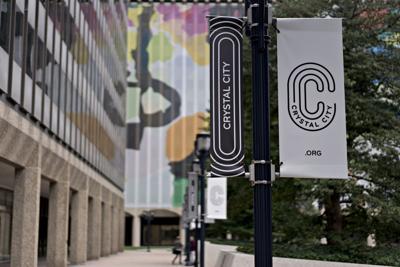 The Fredericksburg region will undoubtedly feel the effects of Amazon’s future headquarters in Crystal City, but local experts differ on how significant those will be.

The online retailer’s new outpost, announced Tuesday, is expected to gradually add 25,000 well-paying jobs just outside of Washington. Spinoff businesses and other economic benefits could trickle down to the Fredericksburg region, but so, too, could increased traffic and home prices.

An analysis by George Mason University’s Stephen S. Fuller Institute predicts that the vast majority of Amazon’s employees will live in Washington, Alexandria and the counties of Arlington, Fairfax and Montgomery, Md.

Just 1.3 percent will buy homes in Fredericksburg and Stafford, Spotsylvania, King George and Caroline counties, the study estimated. The analysis predicts that the Amazon project and businesses that open as a result of it will create up to 2,811 additional households throughout the region—about half in Fredericksburg and Stafford and half in Spotsylvania, Caroline and King George.

Jeannette Chapman, deputy director of the Fuller Institute, said the Amazon employees will be able to afford newly built homes, potentially mitigating price increases to the current stock. Stafford and Spotsylvania each have thousands of empty housing lots, including 1,474 in North Stafford’s Embrey Mill subdivision.

Home prices would likely continue to rise even without the headquarters, which “probably won’t intensify [the increases] more than a small percentage,” Chapman said.

Kevin McGrath, president of the Fredericksburg Area Association of Realtors, said he thinks the Amazon headquarters will push up local home values “a little bit,” but that it remains to be seen just how many of the company’s employees will move here.

Some analysts say the project could price out some of the D.C. region’s lower-paid residents, who may move south as a result.

Amazon also announced Tuesday that it will open another headquarters in New York City with 25,000 employees.

The D.C. Policy Institute put those numbers into perspective in a recent report, writing that the Washington region has created an average of 34,000 jobs per year since 2000. The report downplayed the Amazon headquarters as a “marginal change” to the employment trend.

Still, Paul Agnello, chief of transportation and administrator of the Fredericksburg Area Metropolitan Planning Organization, said he expects the project to have a “significant impact” on Interstate 95 during peak commuter times. And he said tolls for the I–95 Express Lanes could increase if more people use them, particularly the Amazon employees who could probably afford the charge.

“We’ve been kind of playing catch-up with our transportation infrastructure,” Agnello said. “It’s hard to keep pace with all the growth that’s occurring.”

Del. Mark Cole, R–Spotsylvania, submitted a bill this summer directing the Commonwealth Transportation Board to study—in consultation with other state agencies—the stretch of I–95 between Thornburg and Springfield for potential improvements. The bill, which has Democratic and Republican co-sponsors, asks the CTB to present an “Interstate 95 Corridor Improvement Plan” by 2020 that recommends upgrades and ways to finance them.

The bill notes that INRIX, a traffic data firm, ranked a portion of I–95 between Fredericksburg and Fairfax the “worst traffic hotspot in the U.S.” “This hotspot is projected to cost drivers $2.3 billion from 2017 through 2026 in time lost, fuel wasted, and carbon emitted,” the bill states.

Agnello said the proposed study appears to have a lot of support, adding: “With funding 95 improvements, there are probably no easy solutions, but the study would at least look at possibilities out there.”

Another bill proposed by Cole would establish a subcommittee to look into the “feasibility of widening Interstate 95” from Thornburg’s Exit 118 to Springfield.

Cole said Tuesday that he does not expect the Amazon headquarters to have a huge impact on local I–95 traffic. “I–95’s already terrible and is way overdue for [additional] improvements, so that’s what I’m trying to do with my bills,” he said.

Advocates of the Amazon project say it will diversify an economy that is reliant on the federal government. Curry Roberts, president of the Fredericksburg Regional Alliance, said he thinks it could lead to more private-sector jobs locally.

“I think there are going to be some opportunities to market the region to people who do business with Amazon,” he said, referring to spinoff businesses.

University of Mary Washington economics professor Robert Rycroft thinks a “fair number” of Amazon’s employees will live here and that home prices could go up in anticipation of the increased demand. But the economic impact will eventually outweigh the additional traffic and other potential negatives, he said.

“I think they’ll be bringing in a workforce of highly creative people with a lot of buying power,” Rycroft said. “Initially, it’s going to be a bit frustrating to the people in Fredericksburg, but I think the benefits will appear long-term.” (All information from fredericksburg.com)

For more information on the current housing market visit Tricia Glover and The Glover Team's website at http://tglover.liveinfredericksburgva.com. 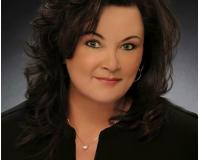 The 6 Main Things Home Inspectors Are Looking For

When you’re under contract on a new house, it’s easy to fall in love with its potential. But before you linger on cloud nine too long, you’ll need the reality check of a home inspection.

What Is A Housing Bubble

At Bankrate we strive to help you make smarter financial decisions. While we adhere to strict editorial integrity, this post may contain references to products from our partners. Here’s an

Starter Homes What They Are And How To Find Them

Buying a home is a sought-after goal — part of the American dream — for many of us. Wanting to buy a home, however, doesn’t always mean you’ll be able to afford one, especially as a;

Dont Fix These Things When Selling Your House

Before putting your home on the market, it’s important to prepare it, so it’ll look its best to prospective buyers. Getting a home in show-ready shape typically involves decluttering interiors,

By registering, you agree to our terms of use and that real estate professionals from The Glover Team, INC. and lenders may call/text you about your inquiry, which may involve use of automated means and prerecorded/artificial voices. Message frequency varies. Text HELP for help or STOP to cancel. You don't need to consent as a condition of buying any property, goods or services. Messages/data rates may apply. Additional information about data use is in our privacy policy.